Pre employment drug testing is becoming a more and more common hiring requirement. It is estimated that 98 percent of Fortune 200 companies have implemented some form of employee drug testing during their recruitment process.

It is important to be prepared for these drug tests by knowing what to expect. 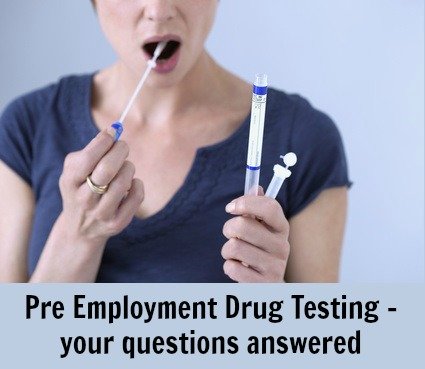 We answer your questions about drug testing for employment purposes.

Most employers have fairly wide latitude when it comes to pre employment drug tests and the current emphasis on drug free workplaces encourages this.

2. What about the job applicant's rights to privacy, can pre employment drug tests be supervised or observed?

The US Supreme Court has held that both blood and urine collection are minimally intrusive and not harmful to job applicants when conducted in the right environment (workplace or collection facility) without direct observation by the tester.

3. What other rights does the applicant have with regard to the drug testing process?

The applicant's basic rights extend primarily to the right to privacy as stated above and the right to question the legitimacy of the test result including the right to pay for further testing at a lab of their choice.

You may have additional rights depending on your individual circumstances as well as State regulations.

4. Are all job applicants for the company tested for drugs?

Discrimination can be implied if an employer tests only certain applicants for a position.

5. Must the prospective employer have the applicant's consent for a drug test?

If the employer tries to test an applicant in an underhand manner without the applicant's knowledge or consent this can cause legal problems.

For example an employer is not allowed to pick up strands of hair that an applicant has left on a chair back during the interview and use them as a sample for a drug test.

6. What happens if an job applicant refuses to be tested?

7. What happens if the applicant is not able to provide a urine sample at the time of the test?

A urine test is the most common form of pre employment drug testing. Usually the applicant will be asked to remain at the collection center and drink measured fluids until able to produce a sample.

However drug tests may also be performed through saliva, blood, or sweat tests. Hair testing is growing in popularity and has been accepted by courts as a legal way to test for drugs. Drug residue remains in hair for a much longer period of time than it does in urine.

8. What prescription drugs can interfere with the drug test and how is this dealt with?

Certain over the counter medications can interfere with accurate results. These include ibuprofen and ephedrine-based products. Most drug testing companies will ask the applicant in advance what medications they have recently taken. The applicant should list these carefully.

If the medication has compromised the result of the drug test the sample is automatically retested using a methodology that will identify the drug type.

The applicant can present a doctor's prescription for the medication that can be reviewed by the medical officer. Some medications will preliminarily test non-negative, but the confirmatory tests will rule out any non-illegal substances.

Employers cannot discriminate in their hiring practices based on an applicant's use of prescription medication for legitimate medical purposes. Such discrimination could be a violation of the Americans with Disabilities Act.

9. Can applicant's "beat" the drug tests?

Certain internet sites give advice on how to supposedly dilute or adulterate urine samples. Most of these suggestions do not work and are easily identified in the testing process.

Even if the specific drug is successfully masked the product or method of tampering itself can be detected.

10. What about legal marijuana and pre employment drug testing?

This is a complex issue because the federal government has not legalized marijuana although some states have legalized medical and recreational use. Research your state's and the employer's drug testing policy to understand the consequences of marijuana use. 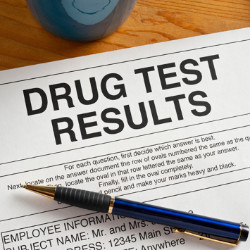 Companies are increasingly using oral fluid testing which results in higher detection rates of marijuana use. This may be attributed to the fact that urine specimen collection is generally unobserved while oral fluid specimens are collected when the candidate swabs his or her mouth while directly observed by the test administrator.

Advances in oral fluid testing technology may be part of the reason for the jump in positive test results.

DISCLAIMER: The information provided here is for guidance purposes only and is not legal advice.

How to respond to an interview invitation. Good examples of  response to interview schedule email


Power up your resume in 2023 with these strong action words for a resume.

When is the best time for an interview? Find out the times and days that are most productive for a job interview.

What are your strengths? Find out the 11 essential workplace strengths for 2023 at list of strengths and weaknesses