The Employment Polygraph
Your Questions Answered

About the employment polygraph. Frequently asked questions and answers about polygraph testing for employment.

Some employers are permitted to use a polygraph test as part of their employment process, however there are a number of restrictions imposed on the use of polygraphs in the United States. 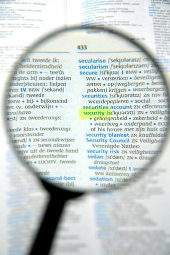 What is an employment polygraph test?

A polygraph, sometimes referred to as a lie-detector test, refers to an instrument that records changes in physiological processes such as cardiovascular (heartbeat and blood pressure), respiratory and perspiration patterns.

These changes are diagnosed to give an opinion as to the honesty or dishonesty of the test taker.

The theory is that when people are dishonest they get measurably nervous and their heartbeat increases, their blood pressure goes up and their breathing rhythms change.

A baseline for the individual's physiological responses is established by asking questions to which the answers are already known such as "Are you married?" Any deviation from the baseline readings are regarded as signs of increased nervousness.

Can employers make you take a polygraph?

The Act states that employers generally may not request or require job applicants to take a lie detector test as a condition for employment or discriminate against them for refusing to do so. They are also prohibited from asking about previous polygraph tests. However certain employers are not affected by this law.

Subject to certain restrictions the EPPA does permit certain private employers to administer polygraph tests. These are:

What are the requirements for employers who use an employment polygraph?

Where polygraph examinations are permitted they are subject to strict standards with regard to how the test is conducted. The examiner must be licensed and bonded.

It is suggested that a prospective employee should be given a written notice explaining their rights and the limitations imposed such as prohibited areas of questioning and restrictions on the use of the test results.

Can an applicant or employee refuse a polygraph test?

The employer needs your permission at the time or it should be a part of the employment contract that you both have signed.

A prospective employee may refuse to undergo a polygraph, end the test at any time or decline to take the test if he or she suffers from a medical condition. However suspicion can arise if an employee or job applicant refuses to consent to a polygraph without reasonable grounds.

What polygraph testing questions will I be asked?

According to the Act and the American Polygraph Association the following areas should not be questioned during the polygraph - religious, racial, sexual and political beliefs and affiliations.

Who gets the results of the polygraph?

There are strict limits on the disclosure of information obtained during the polygraph examination. The results of the test alone cannot be disclosed to anyone but the employer and test taker without their permission or, on the basis of a court order, to a court, government agent, arbitrator or mediator.

A large number of employers use drug testing as part of the hiring process. Find out more at employment drug screening

Find out about credit reports and criminal checks